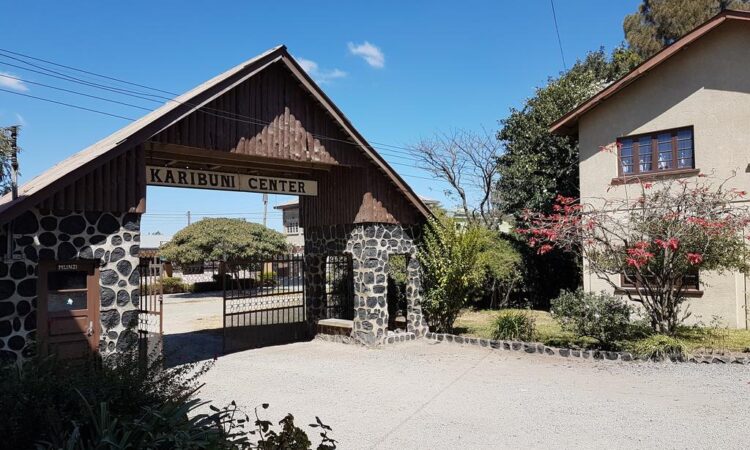 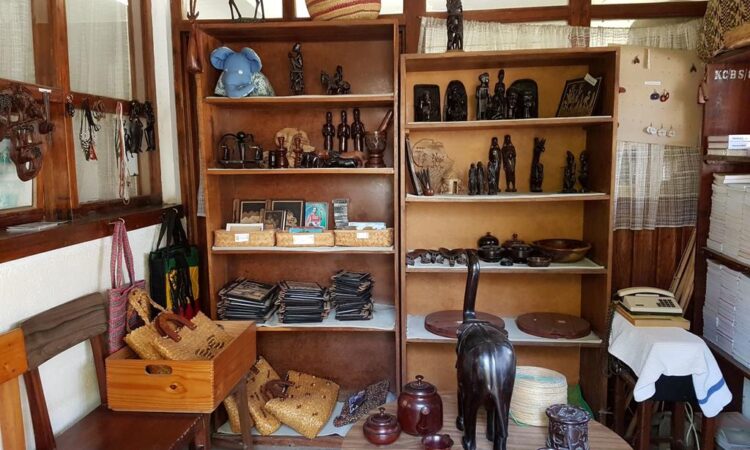 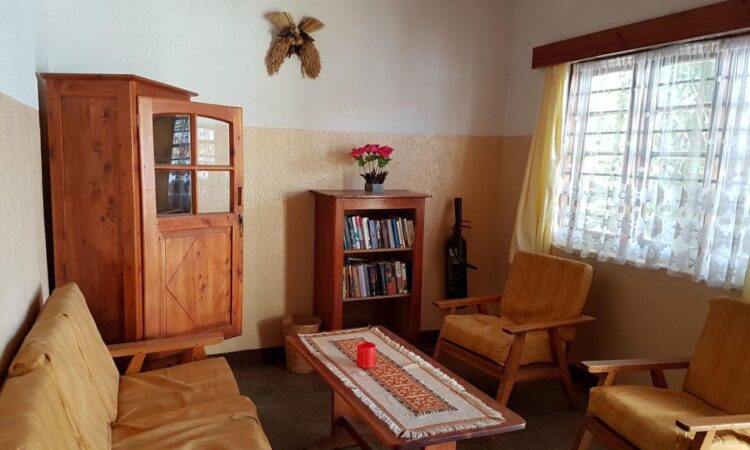 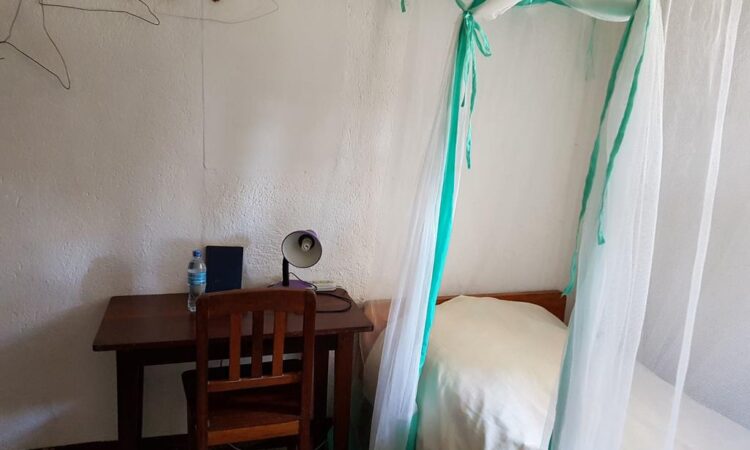 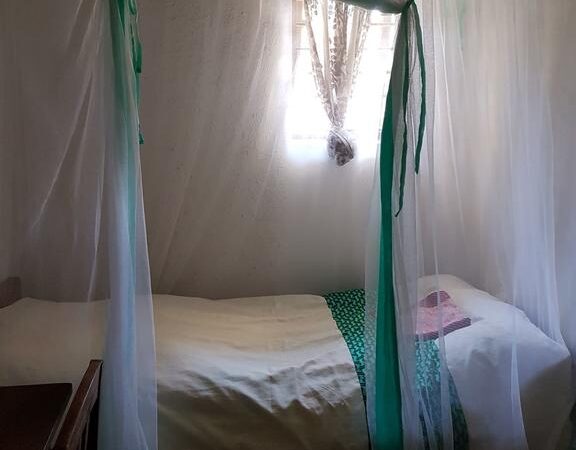 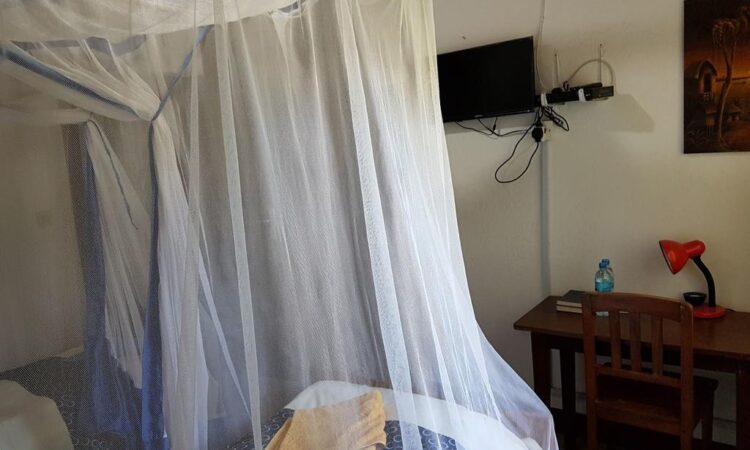 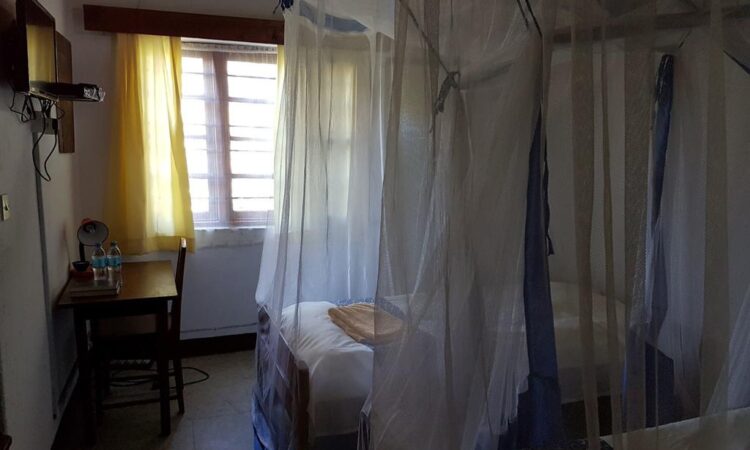 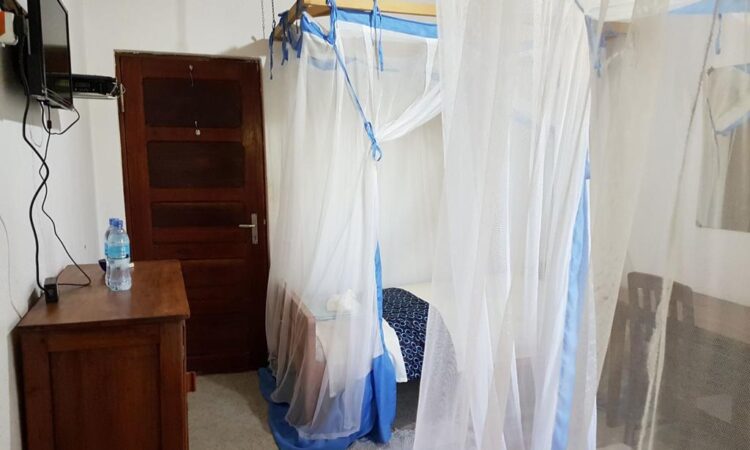 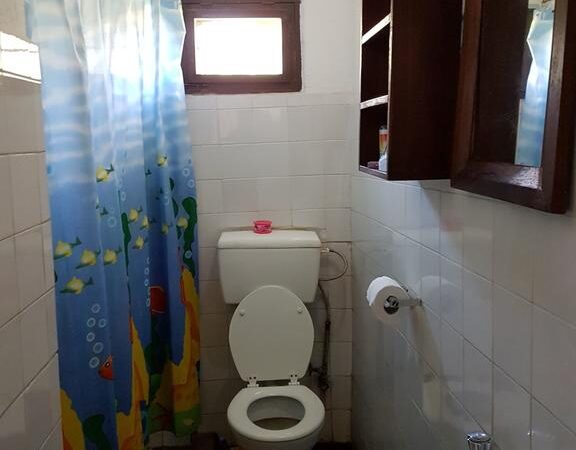 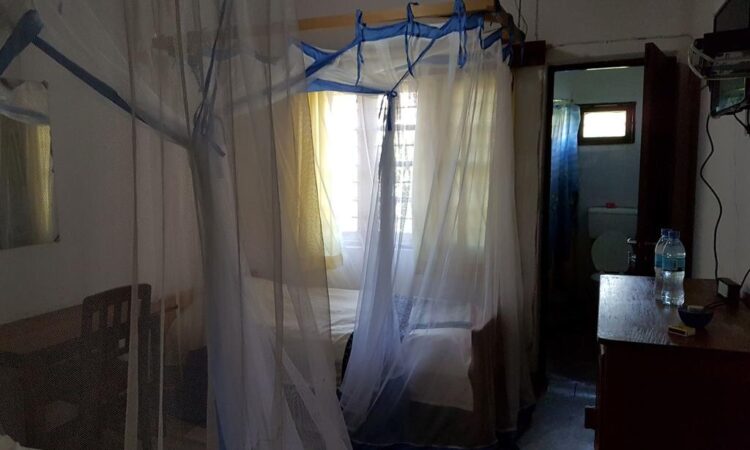 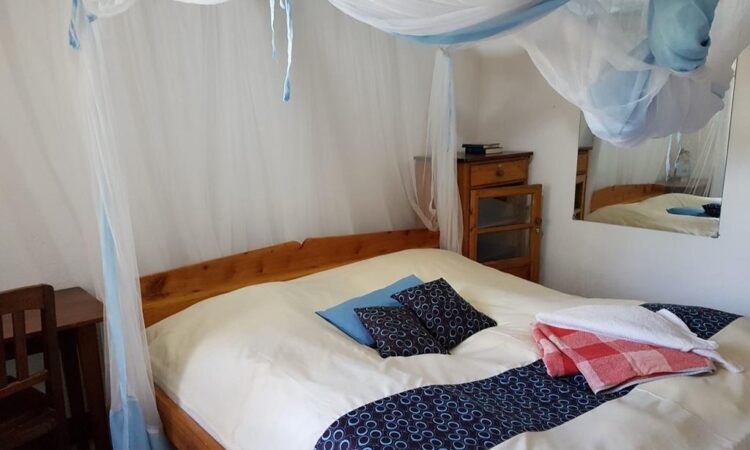 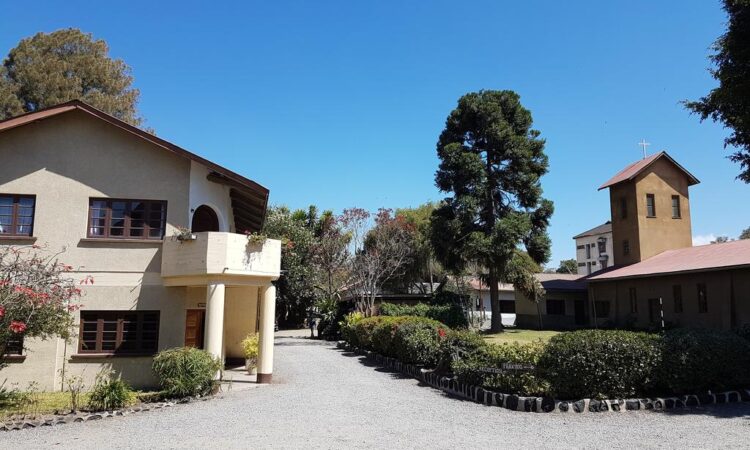 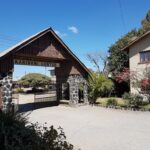 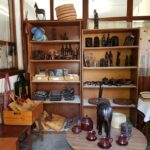 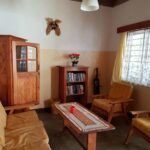 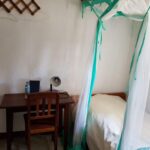 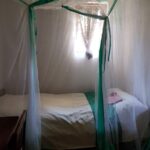 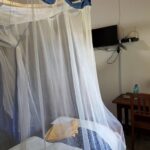 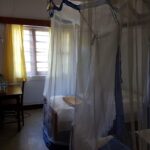 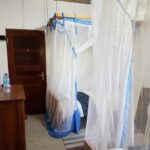 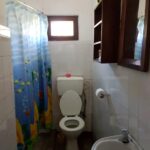 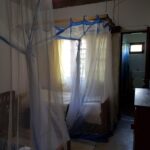 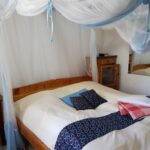 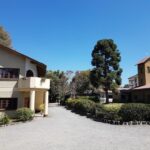 We stayed here for 3 nights on an overland cycle. Mbeya is a busy city so this really was like a Calm oasis so close to the huddle and bustle. The grounds are green, calm and surprisingly close to all the banks and shops to restock. The restaurant serves delicious food at the best value for money we had in Tanzania. If you find yourself staying over in Mbeya then I wouldn’t go anywhere else.

The rooms are basic, but they are good value for money, and they provide everything you need incl good wifi. The place felt safe, staff were very friendly, and they served decent food in the restaurant (we had one of the best chicken with chips there, and a huge serving of Ugali with veggies and beans). You may have to wait a while for your food though.

This is a lovely place to stay, very peaceful, and friendly people. Good rooms, meals ok, laundry services provided and the grounds are well kept; simply beautiful flowering shrubs abound. Would recommend and we will stay there again.

Most comfortable beds I’ve found in Tanzania complete with proper duvet, reliable hot water supply and reasonable breakfast included. Security guard who was more than happy to let us in each evening and some food to be found nearby. Highly recommended for a nice place to stay in Mbeya

I have visited the Karibuni centre a couple of times and will do again. It’s facilities are basic but clean, comfortable and the staff are very helpful. It offers a tranquil atmosphere away from the bustle of Mbeya just beyond its gates.

Karibuni Center is located in the forest area, a bit outside the city (10min drive, 30min by foot) but close to the highway. The area around feels safe but has this dodgy feeling that every out-of-the-center place in TZ has.

That being said, is set in a relatively quiet environment, though their guard dogs bark at night and the employes will start “chatting” (means: shouting) around within the guest building at six in the morning. I like their employees and have stayed there over several years in total, but this is something that definately needs to be worked on, especially as the place aims at international tourists and is run by Swiss people.

The guest house forms part of a compund of two storeyed buldings which clearly indicate the swiss origin of the owners. The garden and whole area is nicely kept. Half of the compound is rented out to a missionary organization on long term, so few guest rooms are actually available.

The rooms themselves feel a bit cave-like as not much sunlight comes in, but they have very comfy beds with well-designed mosquito nets (the ones that go like a courtain around the bed, not the bell type) and cute Lion King-style bedsheets. The bathrooms are perfectly OK for the category, but don’t expect running water.

They have a simple, but nice breakfeast, wish freshly ground and brewed coffee, which is a nice thing, as in guesthouses elsewhere you only get instant coffee. Their food is plain but simply, but be aware, that most of the menu will not be available most of the time. If you stay for several days then the waitresses will however ask you for your preference before going shopping.

Some guidebooks will say that Karibuni Center includes a car workshop, which is in fact a misunderstanding. There is a workshop run by the same organization, but that one is located halfway to the airport.

All together, keeping in mind its price and that it was the first of its kind in Mbeya, it is a nice place to stay for a night, but there are preferable options within a similar price range now, either over airbnb, or Peace Of Mind Rest House (more hotel-like) or Green Loury Guest House (more family-like and sociable).

“This little complex is very quiet from the main road but does have a dog that barks during the night. The campsite grounds is flat and tsh 10,000 each which is about $5, so very good for the money. The restaurant sells a variety of food but book in before hand. The showers were cold and toilets were reasonably clean, but nothing major.”

It was hard to find, but worth the effort (and the very long walk!) If arriving by bus, stay on until you reach the town centre bus stand (Stendi Kuu) rather than getting off at the new Nane Nane bus stand.
Easiest way is to take a taxi so you can get your bearings, but otherwise take a dala dala to ‘meta’ then turn left at the junction onto the main road and walk for about 10 mins. Turn left at the sign just before the lorry park and it’s another 5 mins from there.

Our room was large, with a huge bed and walk in mosquito net, plus a lovely hand-stitched applique bedspread. The grounds are pleasantly leafy and it’s very quiet at night.

A breakfast of eggs and toast is included in the room price and good cheap meals are cooked to order. We ate there twice and the food was very tasty, large portions. They do a very good pizza if you’re craving western food!

Soft drinks are available, but no alcohol, there are a couple of bars nearby for a sundowner.

Cannot recommend Karibuni highly enough as a great value budget option away from town and – moreover – on the same road as the Tazara Train Station. Take a taxi to find it as you never will on foot. It was quiet, safe, clean, the staff were very friendly and helpful and the beds were comfortable.

“Karibuni centre, if you manage to find it, has simple but very good value rooms. Beds were confortable, and while there was not much pressure the water in the shower was hot. Food was a disappointment, however – the quality was OK, but half the items on the menue were unavailable, the woman working the dinner shift was completely unengaged and despite there only being four guests in total she entirely forgot to cook one of our main courses, and then said that it was too late for her to start when we asked her about it. Having said that, Mbeya is probably somewhere most travellers will just pass through, in which case Karibuni Centre will do very nicely.” 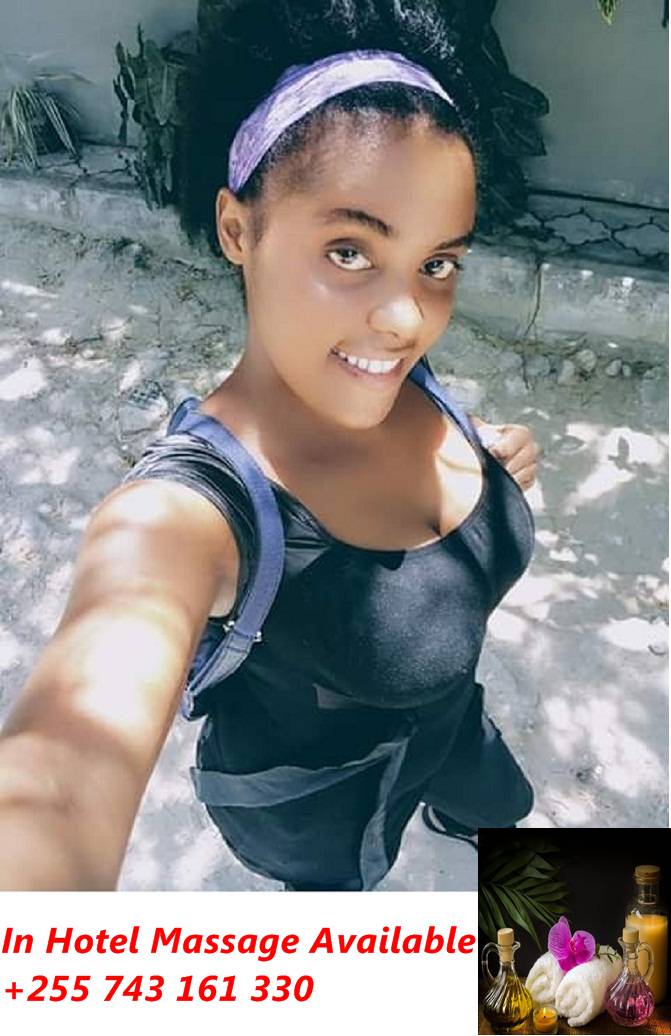 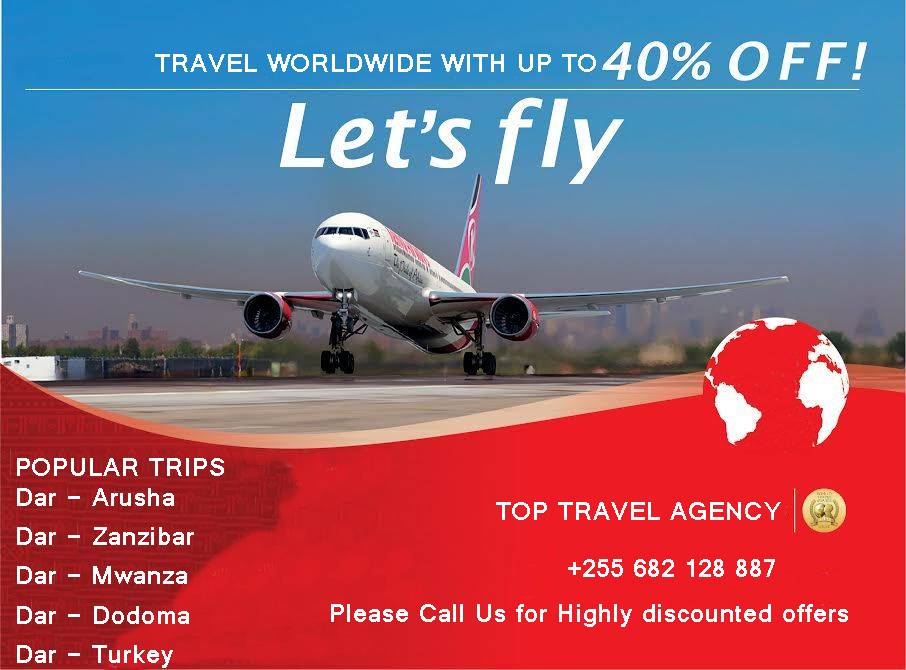